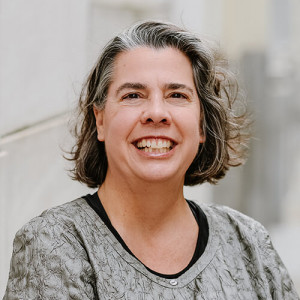 Leslie is a trial and appellate lawyer with extensive experience in both civil and criminal matters, from investigations to trials and appeals in state and federal courts across the state and nation.

Her practice focuses on all facets of employment law (in the private and public sector); criminal defense and civil rights; and a wide variety of intellectual property matters (in both civil and criminal cases). In addition, Leslie has represented numerous individuals and businesses in professional licensing, disciplinary and administrative proceedings; and has served as a special disciplinary counsel to the Washington State Bar Association in matters of alleged attorney misconduct. She also has significant experience litigating contract and other commercial disputes, and in legislative affairs/public policy advocacy.

Prior to becoming a member at MacDonald Hoague & Bayless in 2014, Leslie was a litigation partner at McNaul Ebel Nawrot & Helgren (fka McNaul Ebel Nawrot Helgren & Vance). Before that and after law school, Leslie clerked for the Hon. Robert M. Parker at both the federal trial court and appellate court levels. She then served in Washington D.C. as Counsel to the U.S. House Judiciary Committee, where her responsibilities included antitrust and labor law issues associated with investigative hearings and legislation concerning the Major League Baseball work stoppage/player-owner impasse of 1994. She also served for four years in Washington, D.C. as the Legislative Director and Counsel to the National Association of Criminal Defense Lawyers where she was the advocate, negotiator, and organizer of diverse coalitions, with respect to laws and legislation affecting the rights of the accused.

Leslie is rated “Superb 10.0” by the AVVO Lawyer Ranking System.  AVVO has recognized Leslie among a select group of attorneys who it has rated as “ 5%,” which corresponds to “one of the highest scores in the country.”  Here’s what Leslie’s clients are saying about her on AVVO:

“I am sure there are a lot of lawyers available who are good litigators and knowledgeable about the law.  Leslie is one of the great ones.”

“She Rocks! She is a purebred bulldog…of the best kind!! Someone you want in your corner!”

“I will be indebted to Leslie for the balance of my career.”

“If you need legal representation call Leslie, you won’t regret it!”

“Leslie not only provides legal representation, she cares about her clients.”

“I highly recommend her.”

“Thanks so much Leslie.  We were blessed to have found you.”

Leslie is the author of numerous articles on employment law, criminal litigation, civil litigation, and intellectual property issues. Her articles have been cited as authorities in judicial opinions and scholarly publications. Leslie is also a frequent speaker at legal seminars, locally and nationally. Representative publications and speaking engagements include the following: