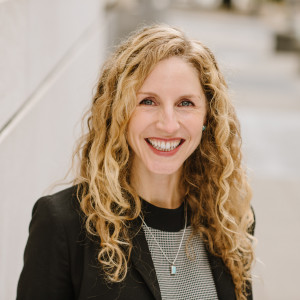 Rebecca is dedicated to helping her clients vindicate their rights against official and institutional abuses of power.

Rebecca Talbott joined MacDonald Hoague and Bayless (MHB) as an Of Counsel attorney in 2020 to pursue civil rights litigation, with a particular emphasis on police misconduct and other governmental abuses of power. Drawing on nearly a decade of experience in criminal defense litigation, Rebecca zealously advocates for her clients against governmental entities with strategic tenacity and sharp legal acumen.

After law school, Rebecca served as a judicial law clerk for Judge Stanley Marcus of the U.S. Court of Appeals for the Eleventh Circuit, and Judge John Gleeson of the U.S. District Court for the Eastern District of New York.

Immediately prior to joining MHB, Rebecca was a visiting law lecturer at the University of Washington School of Law, teaching Legal Analysis, Research, and Writing.

Before that, she was an Assistant Federal Public Defender for the U.S. District Court for the District of Maryland, where she represented indigent clients charged with federal felony crimes, handling the representation from charging through investigation, motions practice, trial, and, if necessary, appeal. She conducted jury trials in cases involving charges of extortion-murder, credit card fraud, and illegal shootings and drug distribution. She won dismissal of all charges at motions hearings on multiple occasions. She also successfully sought habeas relief to reduce a life sentence received by a juvenile offender, and obtained a time served sentence for a client charged with bank robbery based on an intensive mitigation presentation to the court.

Before that, Rebecca practiced criminal litigation at Kramer Levin Naftalis & Frankel, LLP, in New York City, under the direction of criminal defense attorney Barry Berke, including working on the trial and appellate team for Michael Steinberg, whose conviction was vacated based on a ruling from the Second Circuit Court of Appeals in which the Court adopted the legal construction Rebecca had researched and advocated for at trial.

Before law school, Rebecca served in the U.S. Peace Corps in Tanzania, teaching mathematics at a public secondary school. She speaks advanced Kiswahili and conversational French. She summited Mt. Kilimanjaro with sixteen of her Tanzanian students.

The New York Times, "Ex-Trader at SAC Fund Is Sentenced to 3 Years"