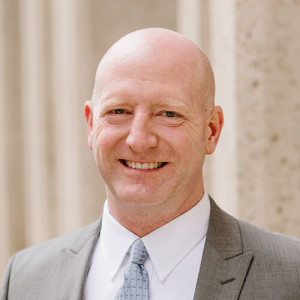 A skilled attorney in the areas of employment and civil rights law, Joe Shaeffer is committed to achieving justice for his clients.

In over a decade of private practice–all with MacDonald Hoague and Bayless–he has honed the ability to help people who have been unjustly terminated at work, had their civil rights restricted, or have suffered other forms of harassment or retaliation. Whether advocating for his client in the courtroom or using his powers of argument and persuasion in pre-trial negotiations, Joe has a passion for righting wrongs and getting results on behalf of his clients. People come to him seeking help in recovering unpaid, underpaid or overtime wages or to deal with discipline issues. They come to him when they have suffered unfair treatment, harassment or retaliation for taking a stand at work. When there is police or government misconduct, housing discrimination, or a work-related abuse, Joe has the background, ability and energy to take a stand for those in need and to make a positive difference in their lives.

Joe received the Washington Law and Politics, “Rising Star” Award for 2010, 2011 and 2012. Before joining MHB, he expanded his knowledge of the law as a Law clerk to the Honorable Marsha J. Pechman of the Western District of Washington from 2002 to 2004, and as a Law clerk to the Honorable Betty Binns Fletcher of the Ninth Circuit Court of Appeals from 2004 to2005. Before attending law school at the University of Washington, Joe served as a Peace Corps Volunteer at national parks in Madagascar from 1994 to 1997.

During law school at the University of Washington, Joe worked in several areas of the public sector, including the Environment Division of the Department of Justice, the Consumer Protection Division of the Washington Attorney General’s Office, and The Defender Association. He was also elected class representative of his law school class for two consecutive years.

Currently a member of the Washington Employment Lawyer’s Association and the Washington State Association for Justice, Joe agrees with Martin Luther King Jr.’s observation that “The arc of the moral universe is long, but it bends towards justice.” He knows victories can be hard fought, but when justice prevails, the effort is worthwhile.

Compensation. Joe recognizes the hallmark of a good settlement means mitigating risk and ending a painful situation to allow a client to get on with his or her life. Financial security can make a positive difference in the life of a person who has been wronged.

MHB. When he was ready to join a law firm, Joe was attracted to MacDonald Hoague and Bayless, a group of lawyers who believe in something bigger than themselves, to colleagues who are invested in standing up for the civil and economic rights of their clients.

When preparing for a case, Joe lives the philosophy that litigation should be the last or near last resort. He has the ability to present his client’s claims in pre-trial hearings and negotiations to resolve issues to his clients’ benefit without having to enter the courtroom. But when necessary, Joe has no hesitancy to bring his clients’ case before the court.

For cases involving performance or job security issues, Joe uses a different set of skills, what he calls discipline coaching, to impart to his clients better ways to express themselves and methods to be more conscientious employees in an effort to save his clients’ employment. Often Joe’s goal is “how do we save their jobs to begin with so we don’t end up having to litigate or compensate.”

When not advocating for his clients, Joe enjoys spending time with his two children plus anything to do with soccer. (He coaches youth soccer.) He also enjoys running, playing trivia, and skate skiing.